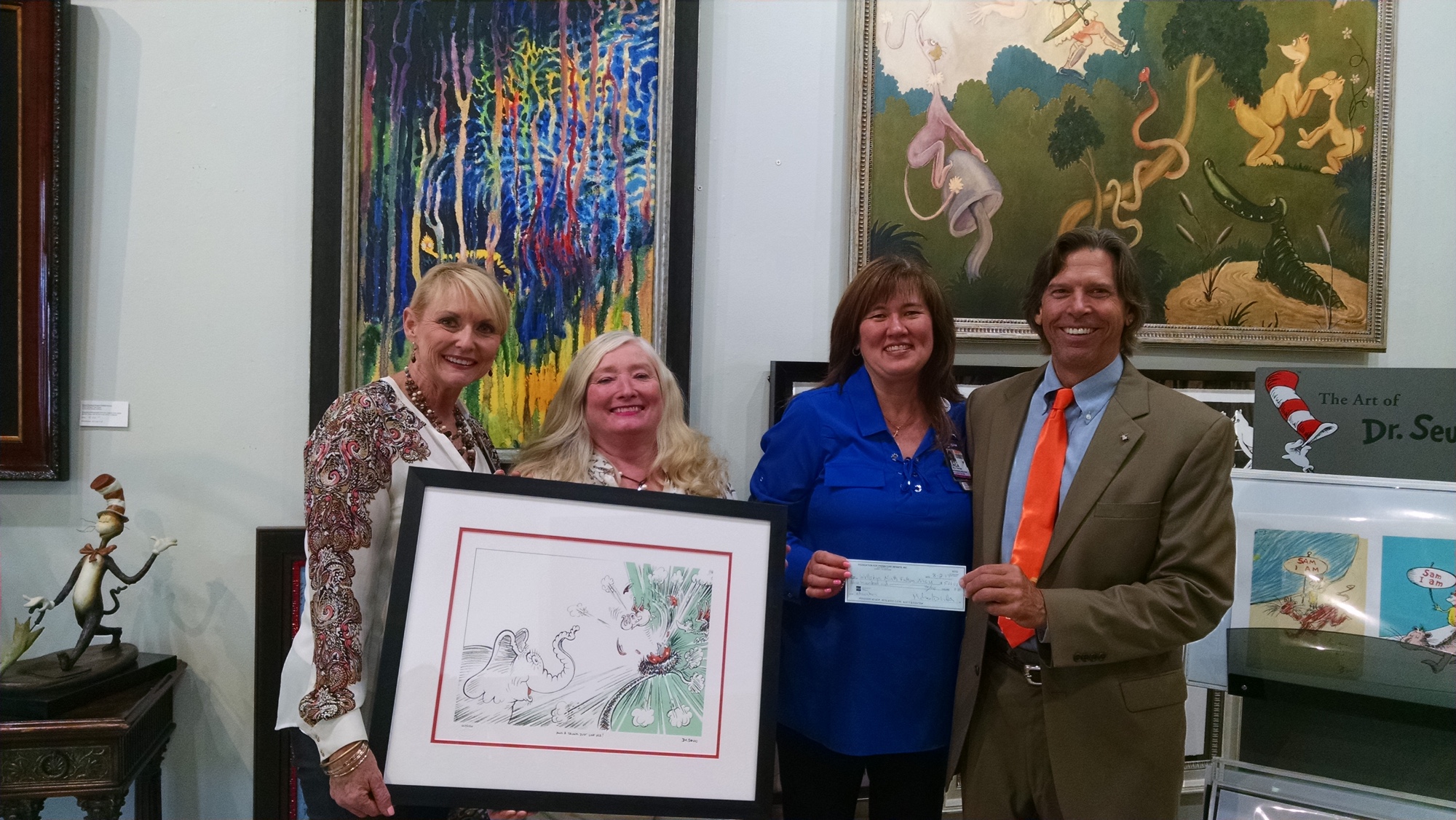 The Ann Jackson Gallery generously donated a very limited edition lithograph from one of Dr Seuss’s iconic books, Horton Hears a Who!. As one of only 30 galleries in the world licensed by Dr. Seuss Enterprises, Valerie Jackson, Ann Jackson Gallery owner, said she was “delighted to share this picture with all the families of premature babies who receive world class care in her home town hospital.”

The Foundation for Premature Infants made a separate donation of $500 to be used for continued education purposes for the clinicians who perform life-saving work in the North Fulton Hospital NICU every day. Michael D. Litten, Founder, commented that he was “honored to team up with Valerie and the Ann Jackson Gallery in making a joint donation because the Foundation’s core belief is, as Horton said so succinctly and eloquently: ‘a person’s a person, no matter how small.’”

WellStar, a non-profit health system, acquired North Fulton Hospital in Spring 2016. Since the acquisition, community philanthropists, businesses leaders and WellStar team members have made contributions to expand healthcare services at North Fulton Hospital. To make a taxdeductible contribution, contact the WellStar Foundation at wellstar.org/give or call 770-956- GIVE (4483).