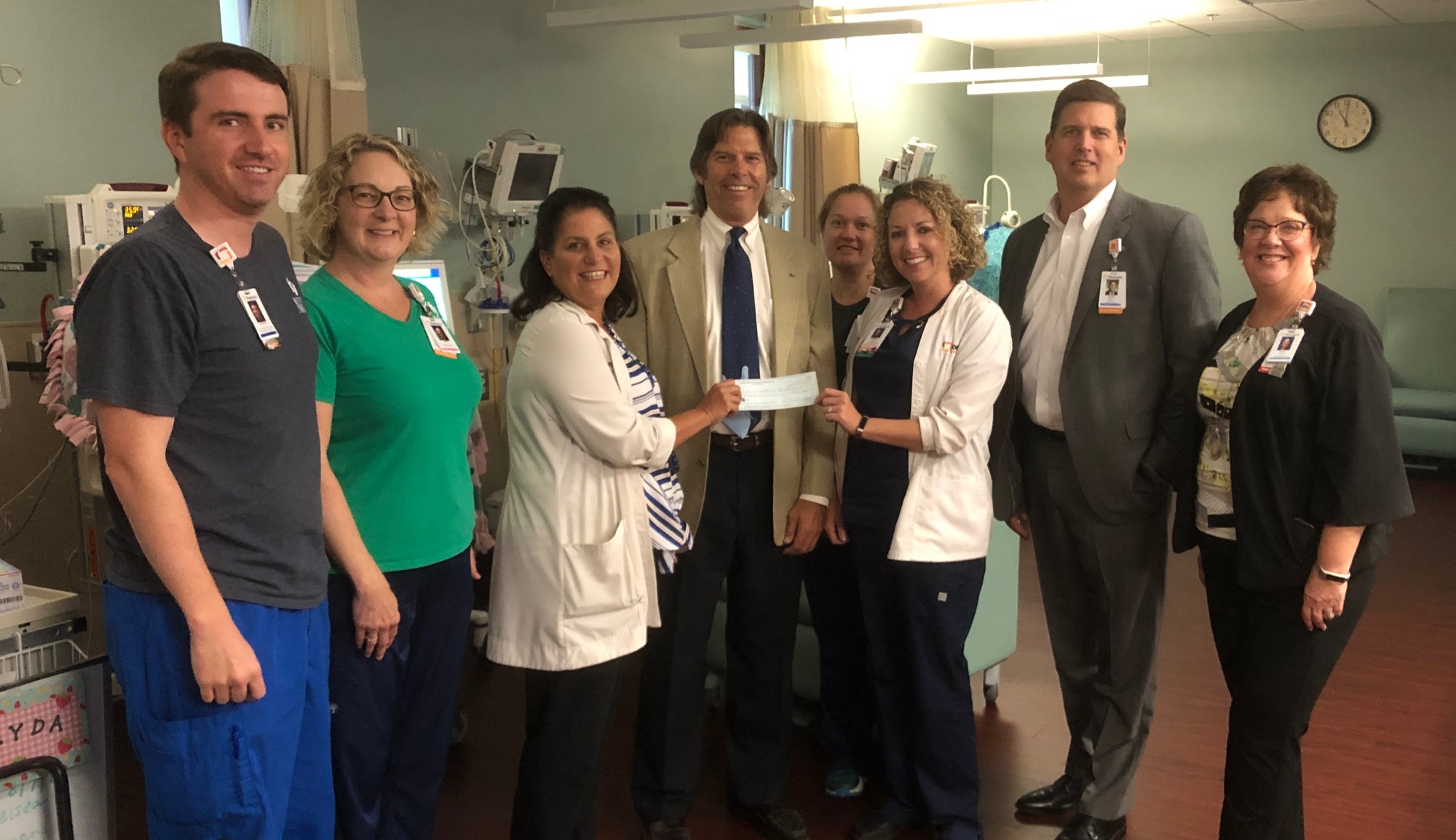 Tracie M. Delally, Sr. Director of Women’s Services, said they were over joyed to receive the donation and the timing was perfect because they were in the process of selecting a continuing education initiative to advance their developmental care core focus. Also present for the donation ceremony were Lori Adams, Charge Nurse NICU, Shannon Deaton, Clinical Manager Labor and Delivery, and the hospital’s new Chief Executive Officer, Stephen Porter.

“I’m excited FPI has raised enough money through the generosity of folks passionate about those without a voice, premature infants, to be able to make this donation,” said Michael D. Litten. The Foundation’s core belief is, as Horton said so succinctly and eloquently: “a person’s a person, no matter how small.”